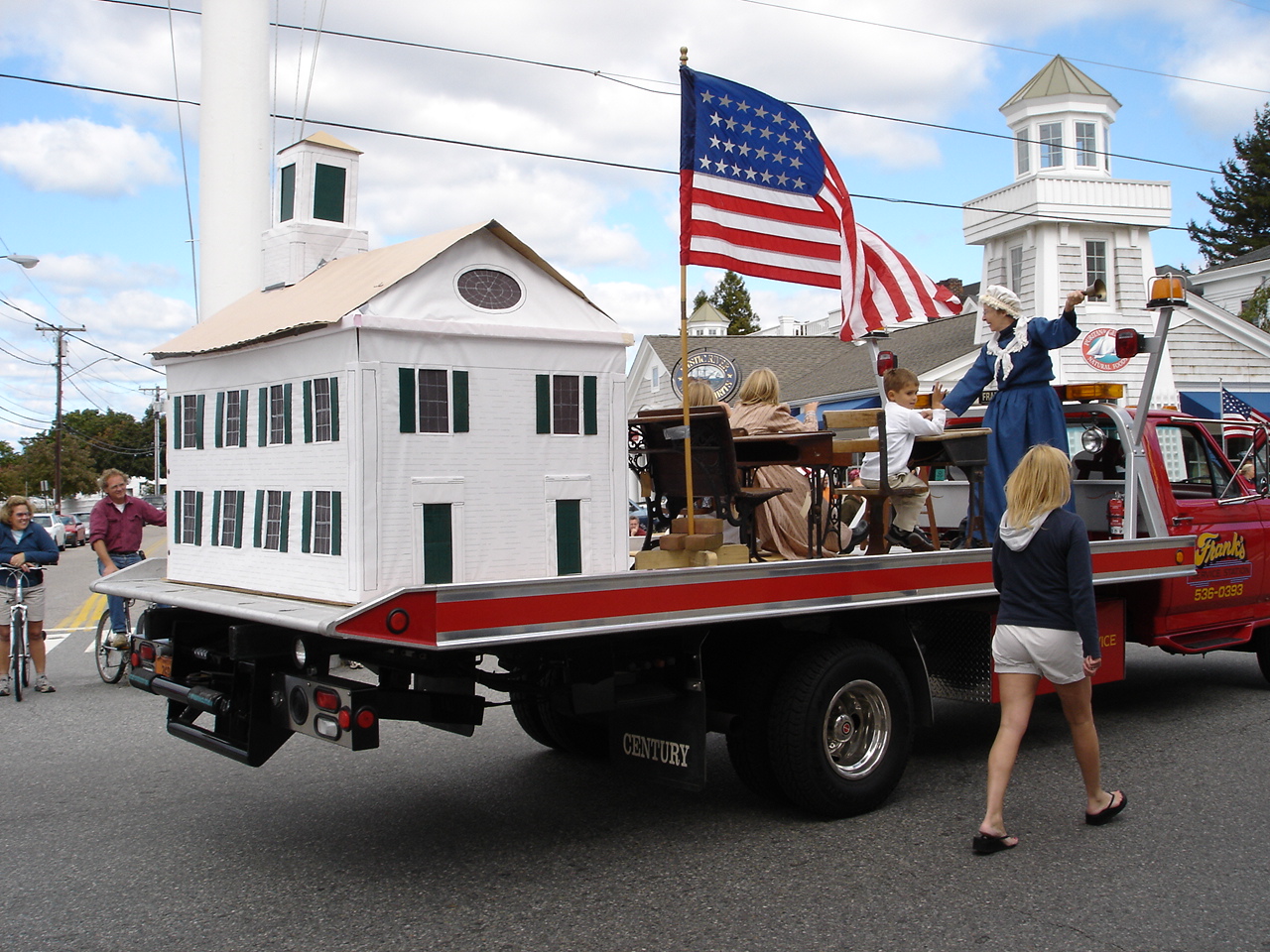 In 2004, Mystic celebrated its 350th anniversary with a year of programs and events. MRHS’ entry in the Big Parade was its model of Portersville Academy, along with a vintage classroom and a vintage teacher. 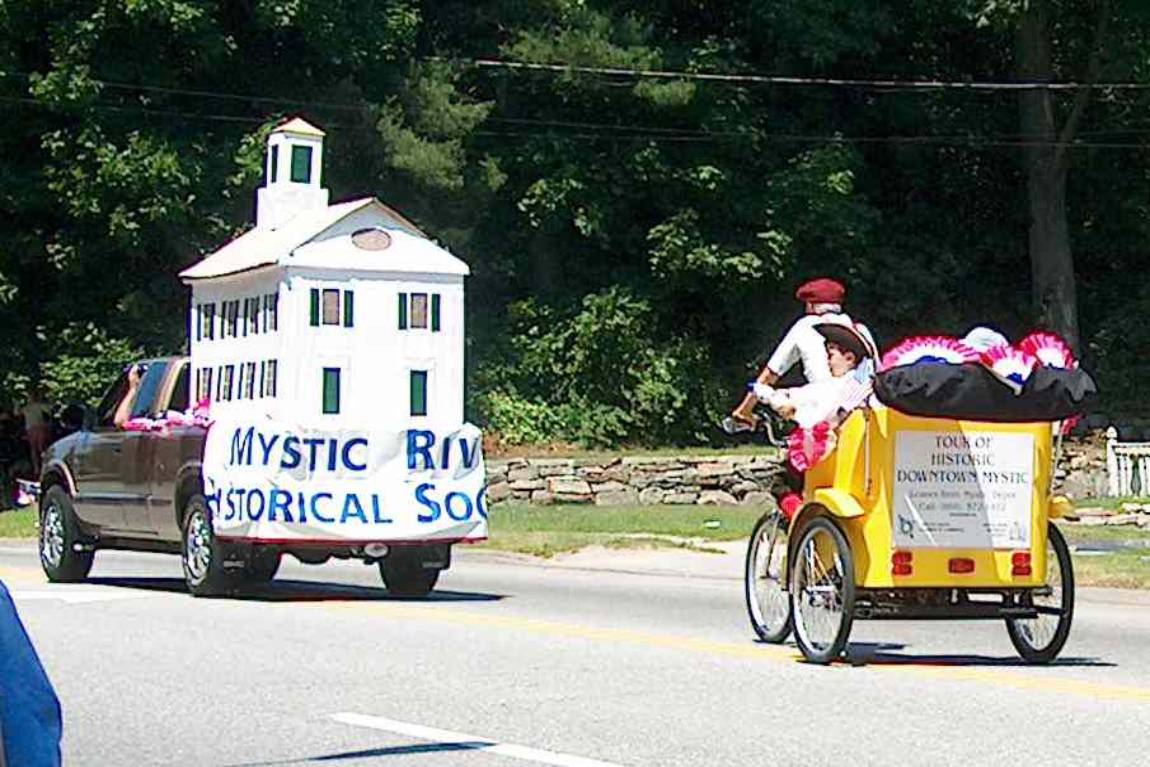 The town of Groton, CT, celebrated its 300th anniversary during 2005. The celebratory parade included MRHS’ model of Portersville Academy, and our
new pedicab. 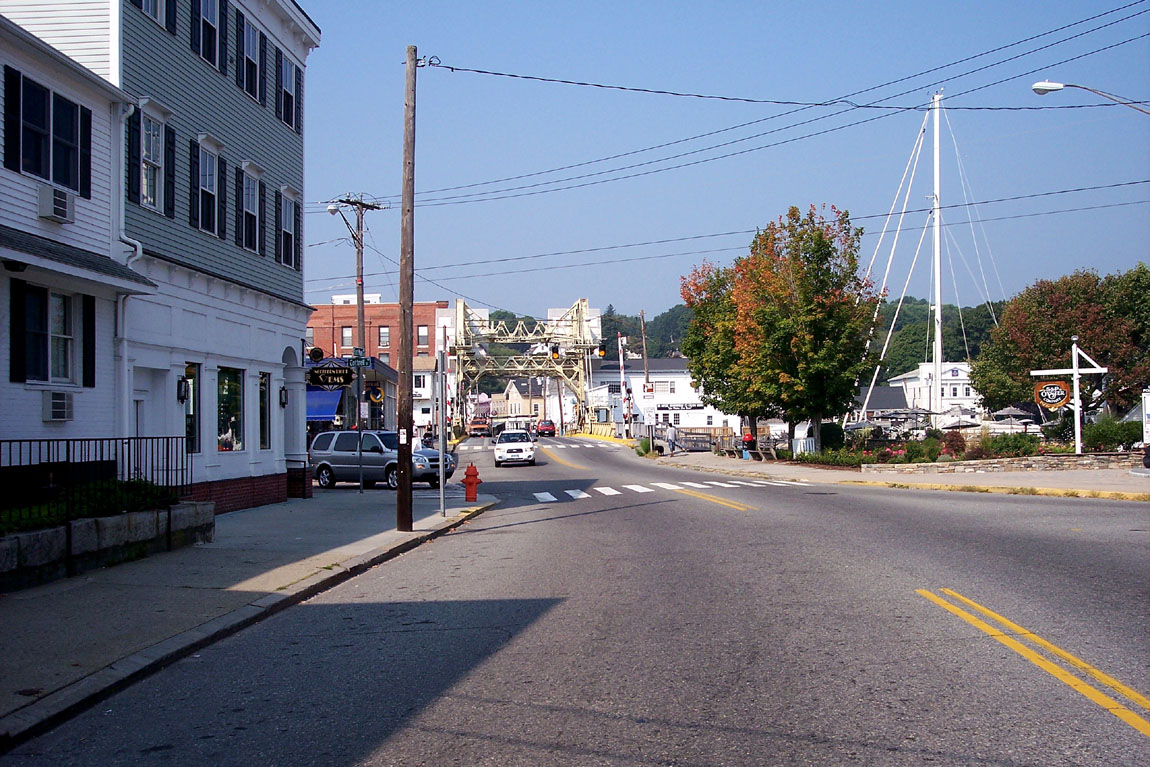 Today the view of our famous bridge is framed on East Main Street by the new incarnation of the Hoxie House Hotel on the left, and S&P Oyster House on the right. 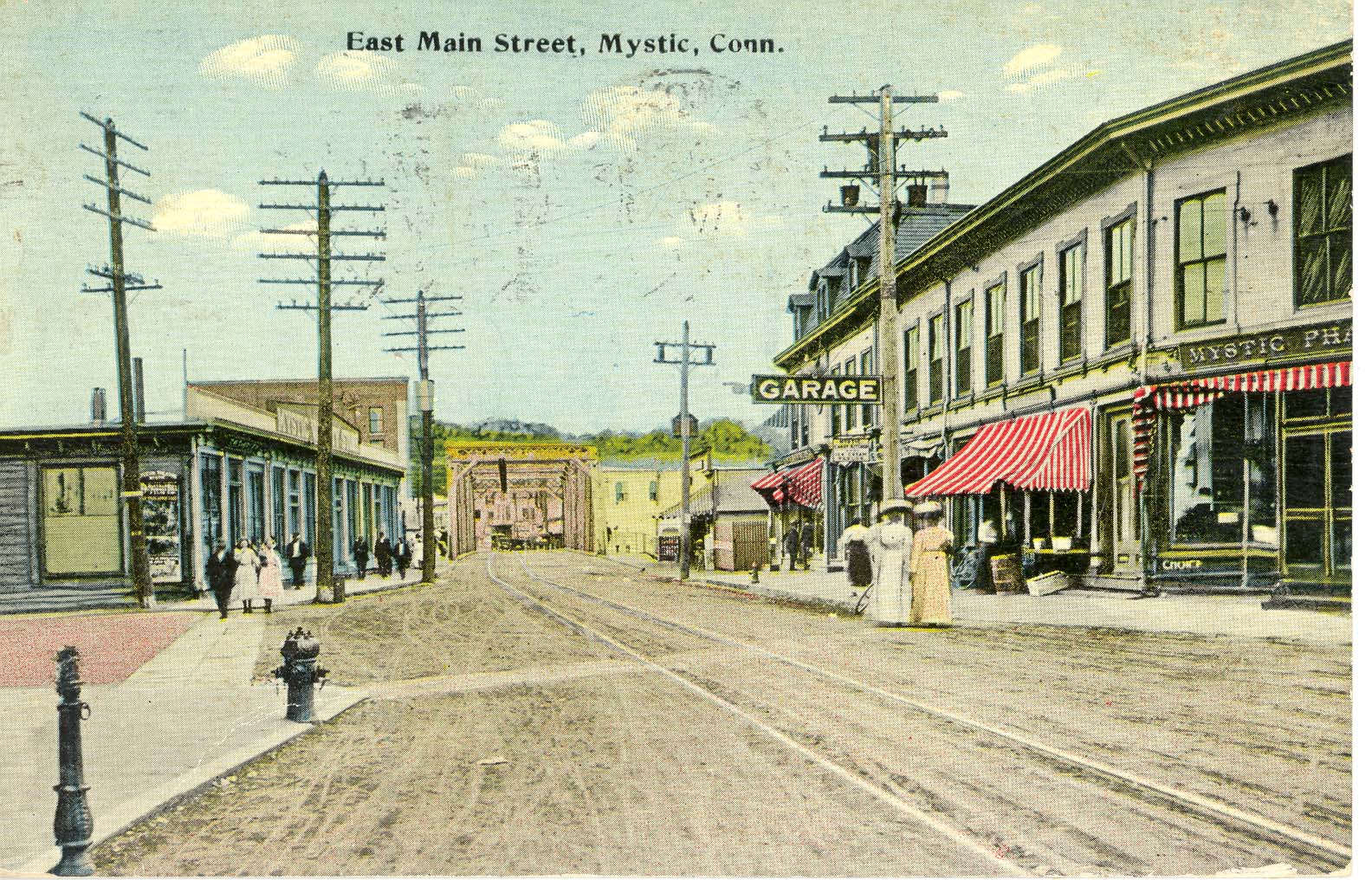 In 1912 East Main Street was still a dirt road and ladies still wore long
dresses, leg-o-mutton sleeves, and picture hats. Power lines
and fire hydrants had already made their appearances. 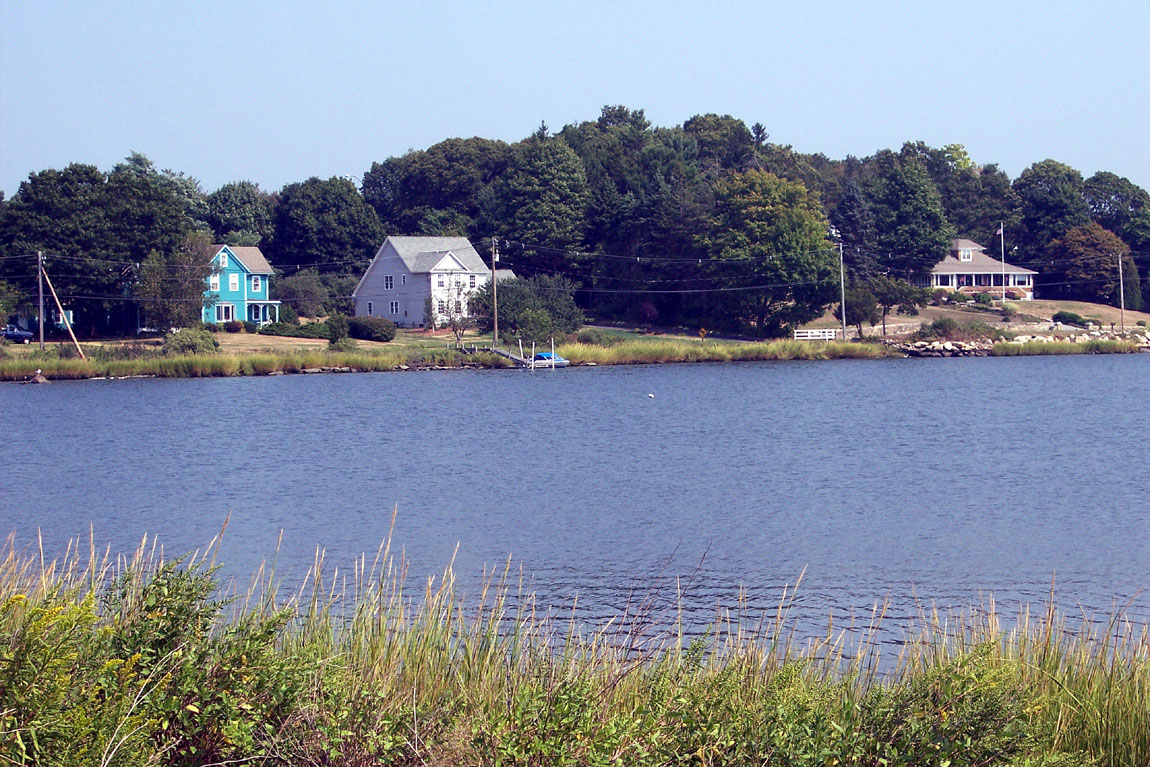 In Old Mystic, at the upper reaches of the Mystic River, these homes are surrounded by trees today. This view is from River Road on the west bank of the river. 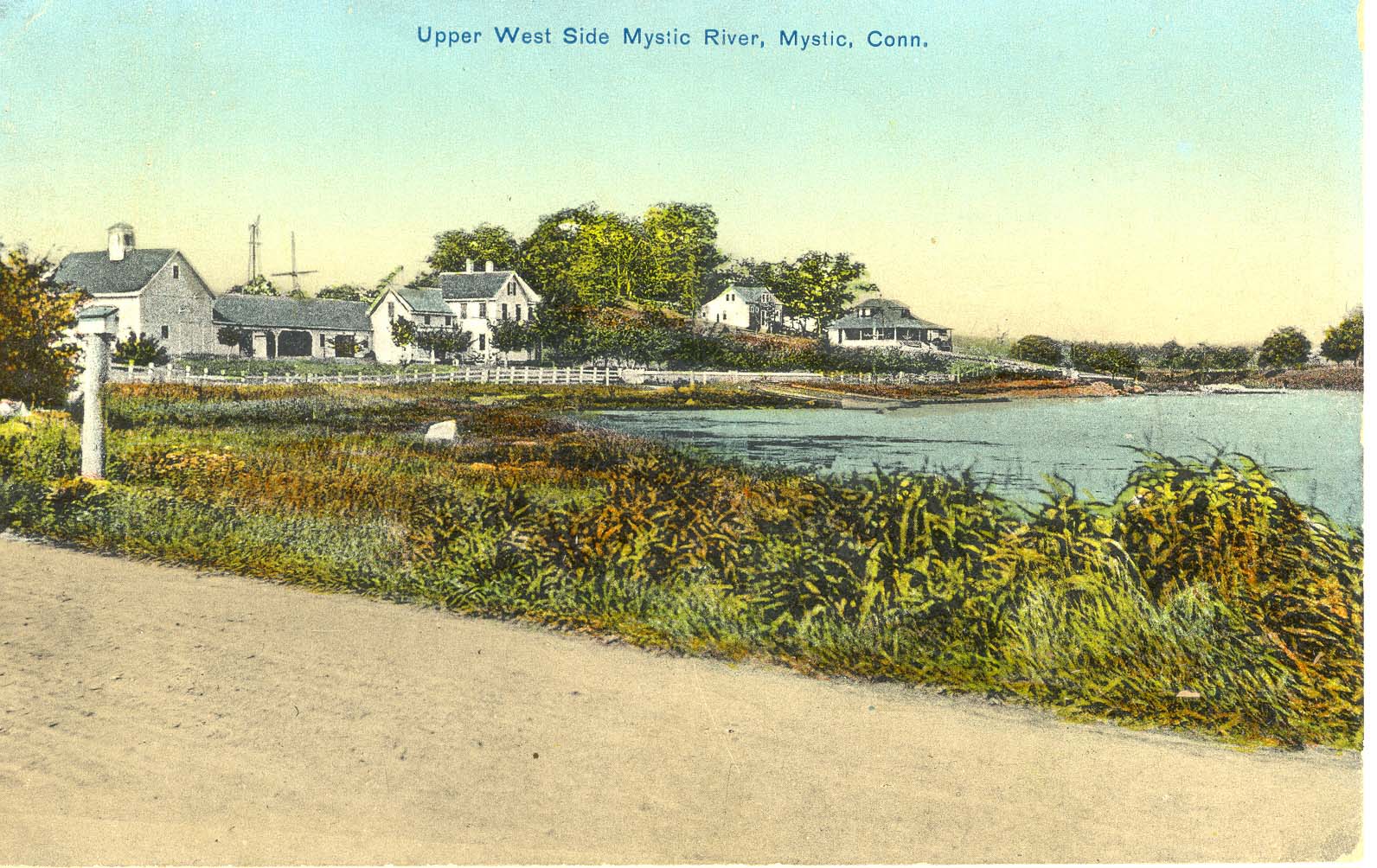 If you look closely, you’ll see the identical home on the right. The remaining buildings have mostly disappeared in the last hundred years. 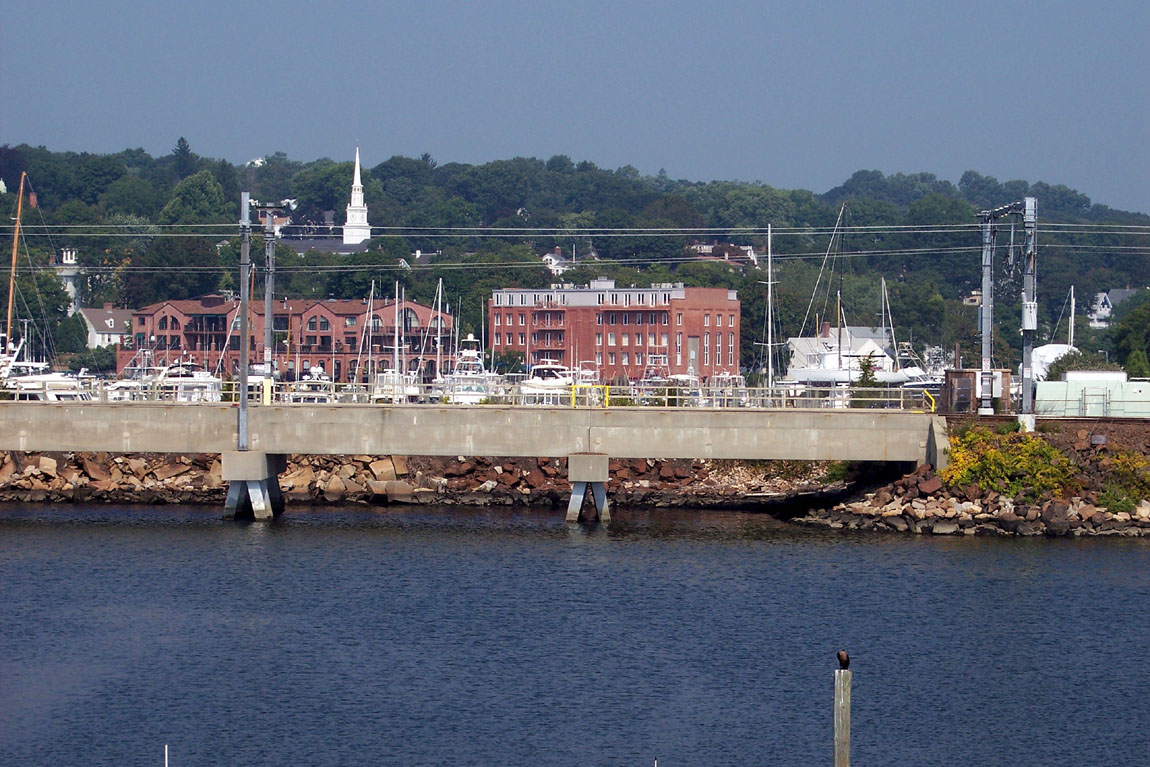 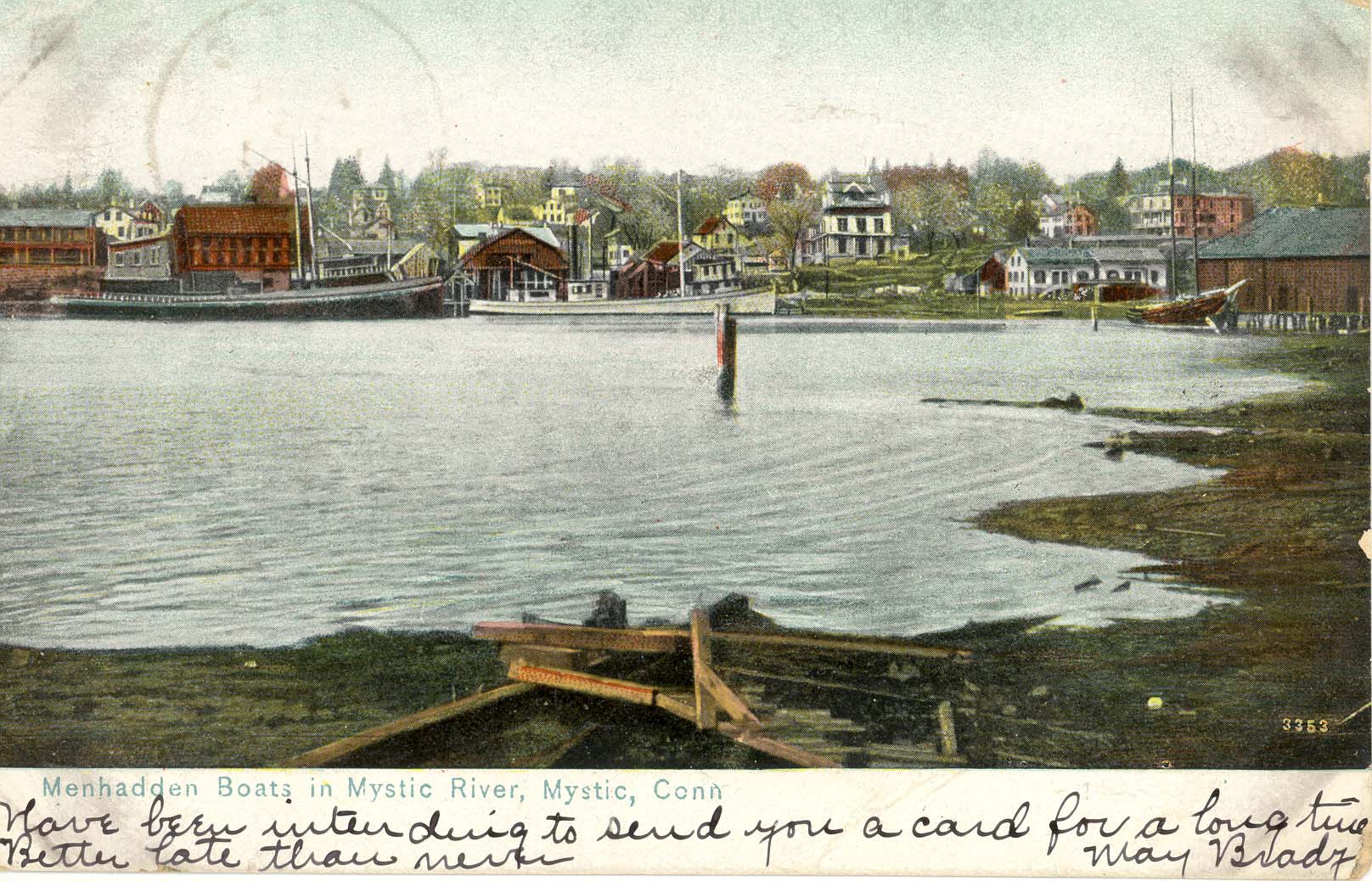 The Mystic River in 1907 was a far cry from today, and the menhaden industry was part of Mystic’s economic foundation early in the 20th century. Menhaden (Brevoortia tyrannus), also known as alewife, bunker, pogy, bugmouth, and fat-back, is the fish that the Native Americans taught the English settlers to fertilize their crops with in the 17th century. Today it is still used for fertilizer, but also to produce oil rich in Omega-3 fatty acids, an FDA approved health food additive, and is harvested and processed further south along the Atlantic seaboard.

The Civil War monument sits at the corner of Broadway and Main Streets. In the background is the Citizens Bank building and to the right, out of sight, is the CVS drugstore. 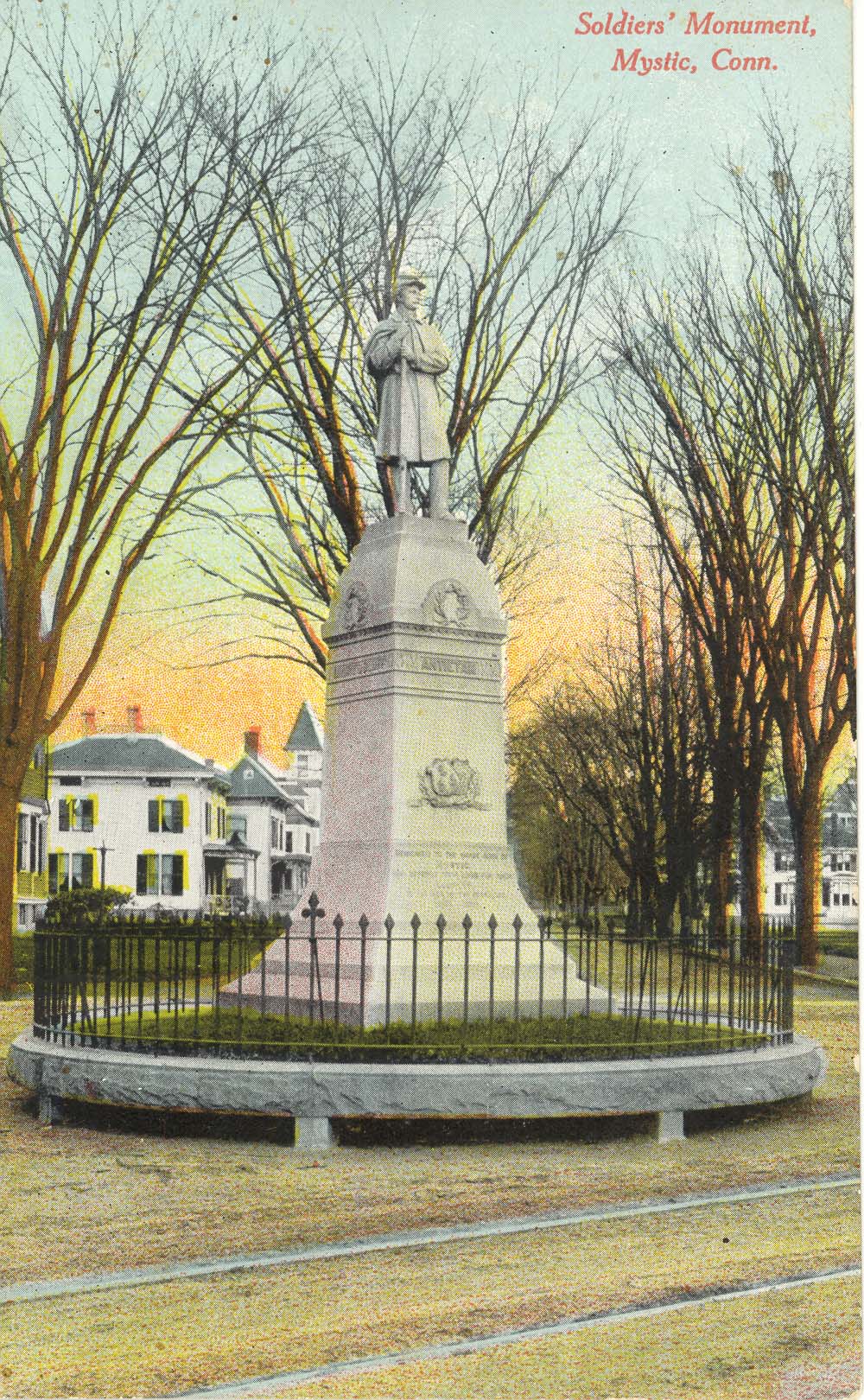 The Civil War Soldiers’ monument a hundred years ago sat amid residences rather than commercial establishments. The trolley tracks in front of the monument ran the length of Main Street. The trolleys were a popular mode of transportation in the early 20th century.